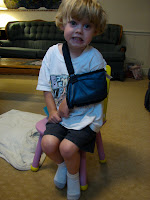 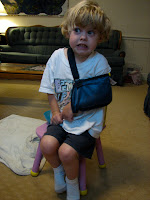 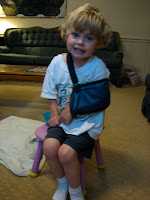 Email ThisBlogThis!Share to TwitterShare to FacebookShare to Pinterest
Labels: about my kiddos, our family, parenting

Oh that sweet precious little one! Praying for him and y'all. We had to take Little Bit to the Er two years in a row for broken bones (always Labor Day weekend, I swore if it happened a 3rd year we were driving to a different city's ER!). While we did not have something else like your boy's cyst to complicate things, I know that feeling of your baby not feeling well and not being able to make it better pretty quickly. Such a good reminder that we cannot fix everything, but it is in the Lord's power to do so! {{{Hang in there, sweet mama!}}}

My heart broke with you as I read each line, friend. The pics are just so precious. We miss that sweet little boy. We r praying for him and u guys. Praying also that God will hold on to your mommy heart. Love u!!!!!