to my wedding dress. 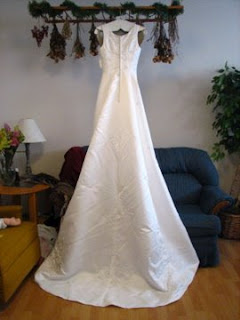 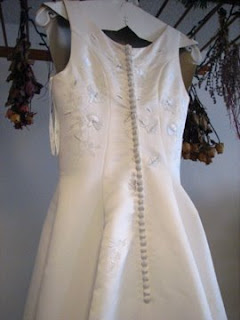 i thought it would be fun to try a few dresses on. after all, i was a bride-to-be, too. 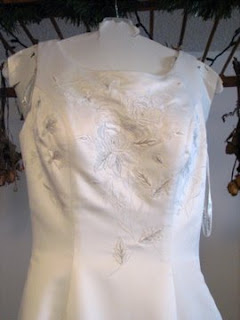 i came across a $600 dress that was marked down to $300 because it had been discontinued. there was also a sale going on at the time making the dress a whopping $250. besides all that, it was pretty much exactly what i wanted. 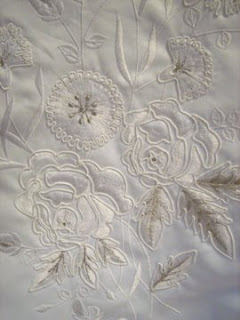 i tried it on. 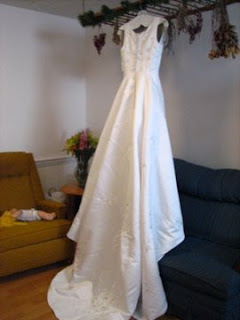 i stared at myself in the mirror. 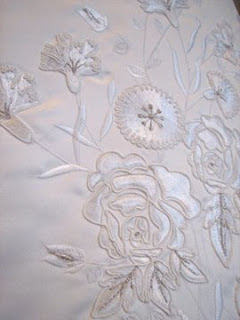 i called my mom. 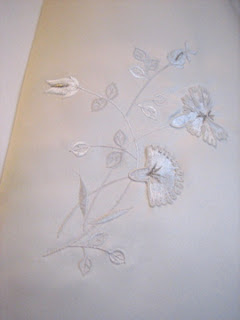 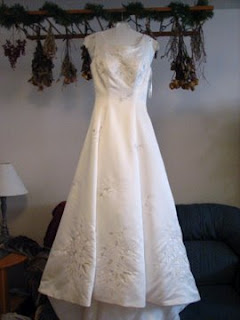 now it's someone else's turn. i hope they're good to it.

that is a gorgeous dress, Andie! do we get to see a picture of you in it? or must we just imagine the beauty?

unfortunately i don't have any digital wedding pictures. i guess that was way back in the days of film.

Are you selling it?