i packed up the kiddos and drove to high point, nc this weekend to spend time with some fabulous college buhds. (yes, i spelled that right.) it was such a good time. the kids played and played... and played and played. even after bedtime. they continued to play/scream/cry/yell/laugh until about 11:30. yeesh.

but the real reason i'm posting is to tell the exciting tale of our return trip. i was following melissa cross and her little hazel b/c i had no clue where i was going. my gas light was on, causing us to pull into the first gas station that we saw. at the time, i also realized my cell phone was in my suitcase in the trunk and i made a mental note to retrieve it when i was getting gas. i set the little automated gas lever... thing so i could be super productive and get my phone whilst getting gas. i went to the driver's side door to pop the trunk. i pulled the handle.

i was utterly rejected. the door was locked. my keys were glaring at me from the front seat.

my children were also glaring at me with sleepy and cranky eyes... from inside the locked car.

i quickly informed melissa of the situation. fortunately, she was there with me and i could use her phone. i mean, what are buhds for?

i went inside the gas station to get the number of the local police department so they could help me and my children (the one in diapers already wailing at this point). i got a number and got a police officer's voicemail.

seriously? that's not something you want to hear if you have to call the police.

i hated to do it, but i called 911. that's the first time i've ever called those numbers. i talked to two super friendly 911 people (who sounded a little relieved that i wasn't in a life and death situation. i'm sure it's tiring trying to encourage people all day long who are about to die. i'm glad i could do my part and give them a break). the nice, relieved lady told me not to be alarmed, but a fire truck would be required to come help me. she just wanted to let me know so i wouldn't get scared when i saw them pulling up. see what i mean? super nice.

the guilford fire department responded incredibly quickly. they are very good at their job.

three heavily-suspendered fire fighters came over and worked on propping open my car door for a few minutes. at this point, rachel was wailing. because three huge men in huge pants and suspenders were trying to break into the car she happened to occupy.

the kids might grow up to be afraid of fire men... but i am forever grateful they took time out of their busy schedule of fighting fires and saving peoples' lives to cater to me, my locked doors, and my stupidity. that's true community service, folks.

guilford county fire department, will you be my valentine? 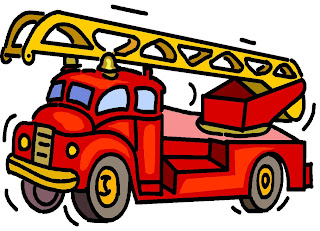 Wow, I am SO sorry that you (and buhd and children) had to endure that! You may have felt dumb but it's better to feel dumb than to actually be in danger of dying! I think we've all done things like that. It sounds like you handled it well. I probably would have been completely panicking!