i know what you're thinking. you're thinking "andie, honey, this post should be labeled 'raleigh snow day #2' because this is the second good snow we've had here this season."
and you would be correct.
however, since i'm trying to creatively post past pictures, i thought today was an appropriate day to post pics from raleigh snow day #1.
rachel has seen and played in snow before, but this was the first time she had a genuine, fluffy, good snow in which to romp. first item on the to-do list, snow angels. 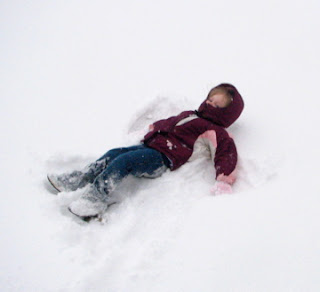 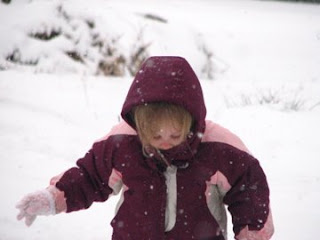 it was this little guy's first snow ever. it was a good introduction. 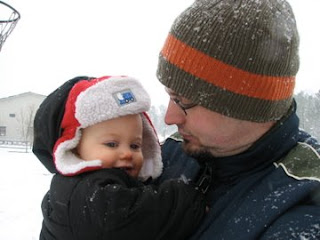 snow is a rare delicacy in these parts. tasty stuff. 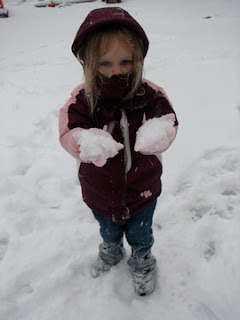 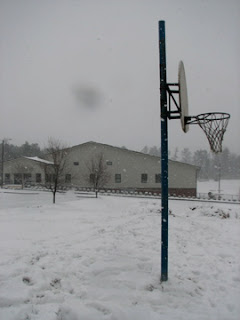 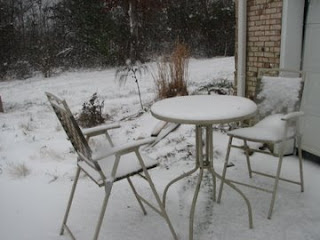 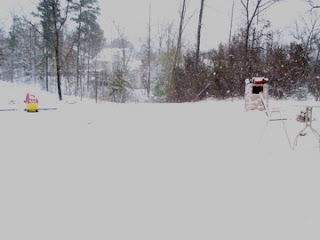 as for the stories of raleigh snow day #2, rachel was even more excited. as soon as i told her there was snow outside (as soon as i saw her this morning), she rushed to the window, got dressed in record time, and put her big coat on. she kept that coat on for at least an hour until the rest of us got our act together to venture out.
lucas was a little more interested this time. i thought he'd like to touch some snow so i put some within his reach. he touched it. today i learned my son doesn't like to touch things that are wet and freezing cold. what a weirdo.
we enjoyed a family trip to walmart (the roads weren't bad and the walmart was almost completely empty. i've never been more at peace in a walmart before... since it's usually not the most peaceful place. normally, it makes me want to die.). we got in some dry, comfy pj clothes for the afternoon, and i put the kids down for a nap. rachel was way too excited to sleep, but the rule is that if she doesn't sleep she still has to stay in her room for the normal length of naptime... for my sake. she spent that entire time wearing her coat so she'd be "all ready to go outside to the snow right after naps."
now, we're warm and dry, and the kids are in bed. i can hear rachel telling her brother the story of jonah (her version, of course). she's all snuggled cozily with a tummy full of raleigh snow day #2. it was a good day.
Posted by andiewade at 3/02/2009 08:13:00 PM