for whatever reason, this is my most popular post, by far. so here i am giving the public more of what they seem to want. beautiful pictures of my baby boy. originally posted on 4/18/2009.
bubbs is 14 months old today.
i honestly have no idea where his babyhood went. i feel like i can hardly remember rachel's babyhood even though she was my first child. i remember poor lucas's even less.
yesterday, he decided to become a full-time walker. 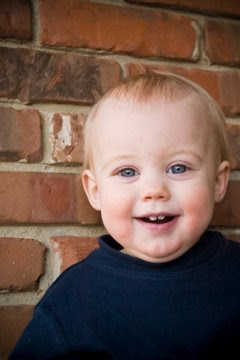 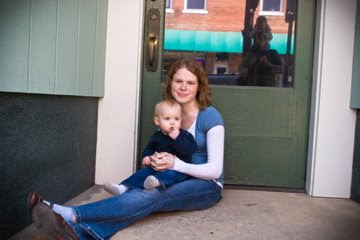 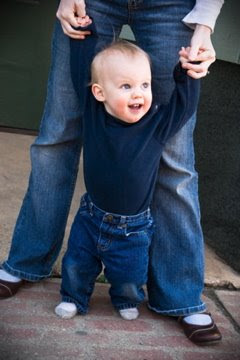 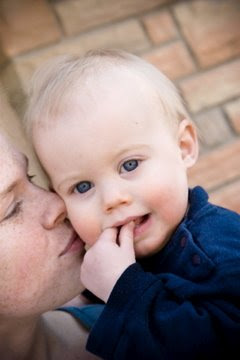 the last two nic-names mentioned are often used together to create a delightful ditty for bubbs-entertaining (and big sister-entertaining) purposes. it has many variations, but here is a basic example:
he boughes, he boughes,
he boughes a lot.
he's got boughes
and he's got 'em a lot.
he's got boughes
and moobs a lot.
he boughes and moobs
and he boughes a lot.
how can he NOT grow up to be creative when he is already inspiring such creativity in every day life? he sure does make me proud.
Posted by andiewade at 1/08/2011 03:27:00 PM

Email ThisBlogThis!Share to TwitterShare to FacebookShare to Pinterest
Labels: about my kiddos

Those are too funny! I still cannot explain why we started calling our middle girl "Toobie" (short version "The Toobs"). And when she would do her toddler-y swanker, we called it "Toobling". We still call her Toobie but we're almost at the point where she does not want to be called that in front of anyone else. Funny and sad!