do you have one? something that just bugs the mess out of you until you feel like you're about to shoot yourself in the foot? i got one. it's my kitchen. or really, things that pertain to that certain room in my house.

(i'm not someone that has ever particularly enjoyed cooking, but that's actually not the chore i'm talking about {and it's still very much a "chore" for me}. cooking and i have made an unspoken truce. i'll put up with him and he will feed my family. we manage to feign politeness to each other.)
these are my specific joy killers:
the mornings i get up and know i have to figure out the meals for the week, what i need to buy, and that i'll have to drag the kids to the store to buy said items are my bad mood mornings. i try to brace myself each time with patience and a good attitude. so far i've lost each of those battles. i had one of those bad mood mornings the other day. and the little bugs staring down at me from the ceiling sent me over the edge. i declared we would be living off whatever i could scrounge up in the back of the cabinet for that day, fled the room, and managed to not return for several hours. but then the next morning i was faced with the same problem, the same bad mood, and the same bugs.
so here's the idea i came up with. so simple. so commonly done. why haven't i done this years ago? i'll make a meal plan for a full 3 weeks and just keep repeating it (a lot of people do a month, but i know i'll struggle to think of even 3 weeks of meals). i'll have a grocery list by the meals so i always know what i need to by. though i'll still need to suck it up and grocery shop. and i'll still have bugs on my ceiling. i guess you can't win 'em all.
so what are your favorite meals for the winter time? i'd LOVE your ideas because i'm just not creative at all with coming up with new meals (my poor family). once i get my schedule together i'll share it here. maybe it'll help someone else who's having a bad mood morning.* 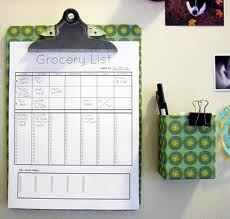 *don't get me wrong, i love beef, but it's really expensive here. so i just don't buy it. i'm mostly interested in your veggie, pasta, and chicken dishes!
**just for the record, we had not one single bug in our home last year. the building manager had everyone's apartments treated this summer, and now we're infested (only in the kitchen) with roaches and worms. sketchy much?
Posted by andiewade at 10/23/2010 04:27:00 AM

Don't feel like you have to have 3 weeks of meals without repeaters. Nothing wrong with repeaters! We do that a lot here.

In the winter we love chicken pie, chili (you can look up recipes for chicken chili, maybe even a veggie chili?), and baked potato soup! Homemade mac & cheese is another favorite.

Just look on the right side column at the labels and click on an ingredient you are interested in.

We dip chicken breasts in our favorite salad dressing and then roll it in breadcrumbs. 30 min in the oven on 350. Tastes like you did a WHOLE LOT MORE than that! Delicious!