we arrived at a resort in the mountains in young harris, georgia. chuck's cousin was getting married. we got to relax in the hotel for the whole weekend after 2 days in the car with 2 little ones. 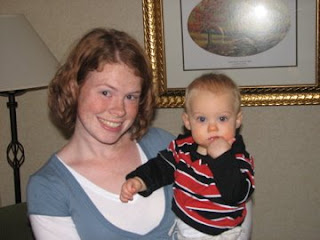 rachel was super excited about her queen bed she had all to herself. she's such a princess. 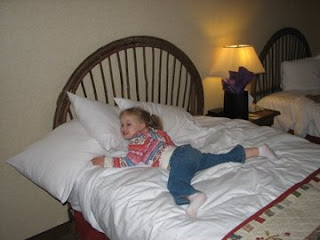 this was where lucas slept. he is our second child. 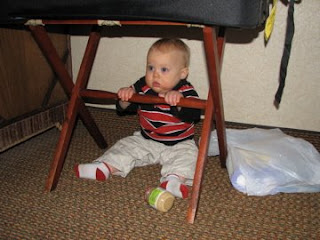 the wedding was outside with an amazing few of the mountains in november. however, it was freeeeeeakin' freezing. 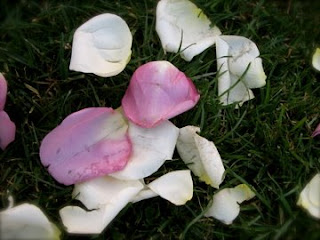 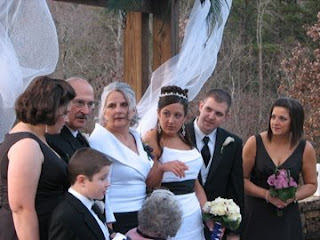 this is little kayley. she's chuck's cousin's daughter... so i think she's rachel's second cousin (distant cousins are so confusing). looking at her is like looking at rachel in 3 years with dark hair. their faces are very similar. it's very bizarre to me to look in another child's face (a child that i don't know) and see my daughter's dna staring back at me. and since rachel has never been a flower girl, i can officially say kayley was the most beautiful flower girl i've ever seen. she almost made me cry with her cuteness. 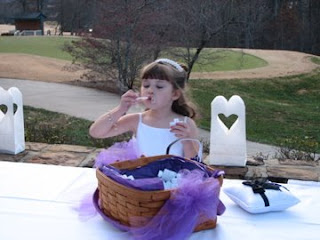 lucas was deeply moved by the ceremony. 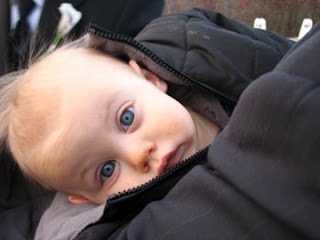