i saw this done on another site (see "triplets plus one" on my sidebar) and i thought it looked like a good idea... though i knew it would take a long time b/c it's so hard for me to narrow down pictures! one and a half smallville episodes later (yes, it took me that long), i think i'm narrowed down my selections!

i was busy being very pregnant and soaking in every moment of my little girl as an only child. chuck got the opportunity to go to central asia on a last minute short term trip, and i spent my last few weeks working full time as a nanny. 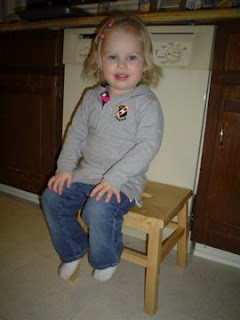 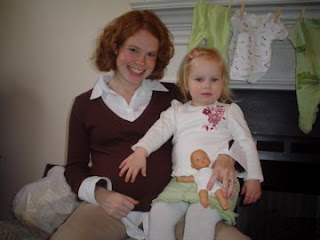 don't be deceived. there's only one child in there. my skin actually aches when i see this picture. and i still had a week and two days to go here. 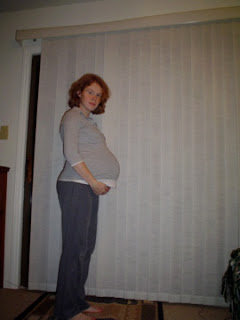 and then, a mere traumatic natural child birth later, i was the mother of two. 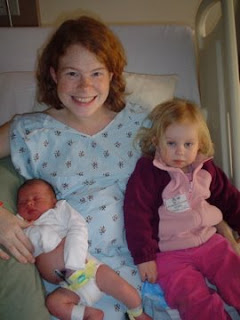 and we were a family of four! 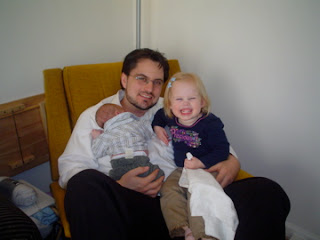 we celebrated our first holiday as a 4-person family, easter. as you can see, rachel was crazy about her little brother right from the start. 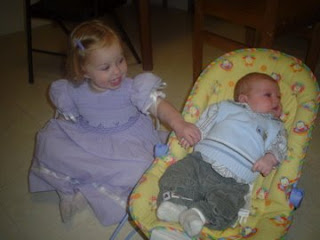 and we continued getting to know our new little man. 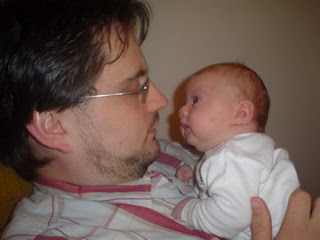 and rachel got introduced to the big girl potty. 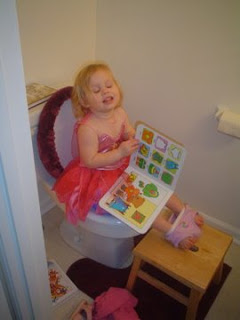 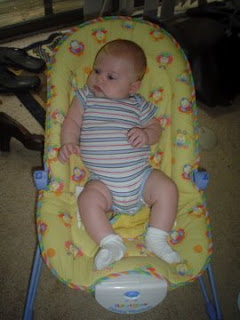 rachel and i planned a little surprise "low carb" 28th birthday party for chuck. (yes, that's a low carb cheesecake that i actually made. that's why it looks so shady.) 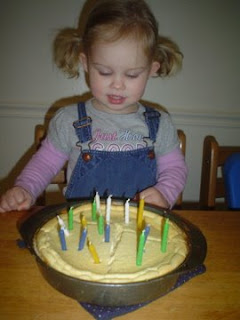 the little ones kept growing, and i had my first mother's day as a mother of two. i also turned 26. 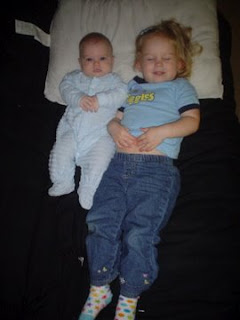 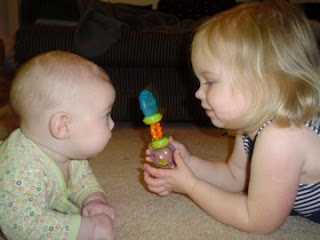 we started visiting our neighborhood pool regularly and our kids discovered that they love the water! (rachel was scared to death last year.) 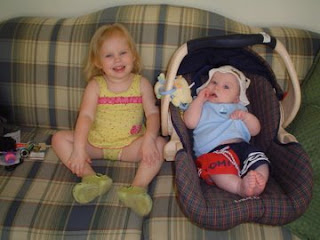 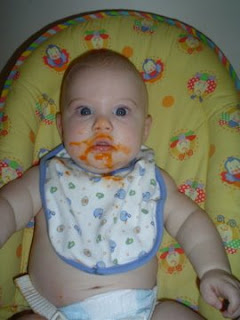 we sold the vast majority of our furniture as we prepared to move into our church's furnished parsonage house where we'll live until it's time to ship off. 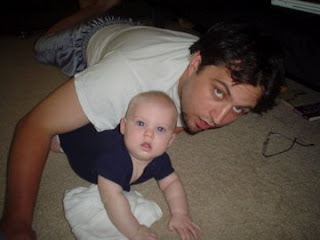 rachel was a big helper. 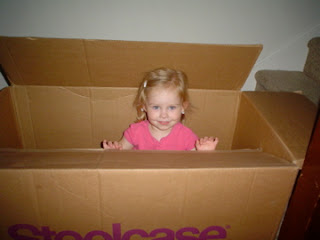 goodbye, townhouse on andsley drive! (that apart from the landlady that thought we were trying to murder her, has been my favorite place we've ever lived) 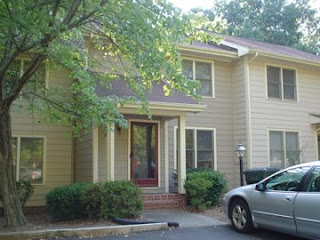 hello, basement of the parsonage, our new home! 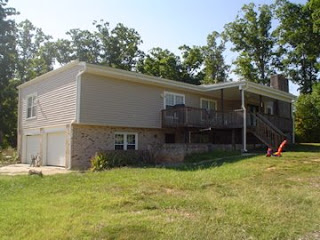 and little man started sitting up! 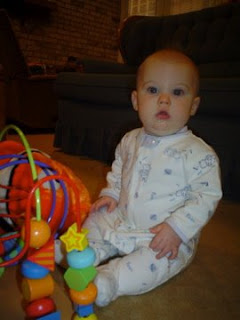 after quickly mastering sitting up, lucas quickly moved to the art of crawling... and making life a little more complicated. :) 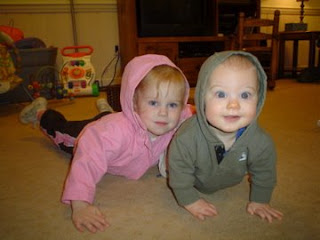 my favorite month and the month in which my little girl celebrated her third birthday. we got to go to the fair, too! 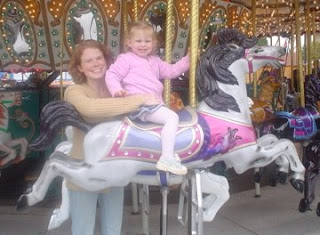 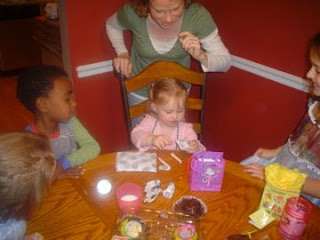 we took a huge road trip with chuck's parents to the nc zoo in asheboro... 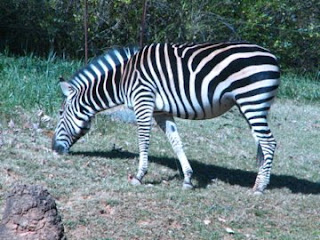 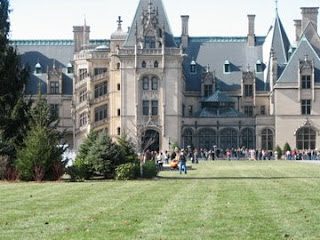 to young harris, georgia and then to chattanooga, tennessee. it was a loooong time in the car with the kids, but they did so great. 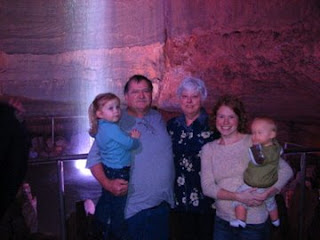 right before christmas, chuck and i took a trip to new york with our friends, the sigmons, as our big present to each other. 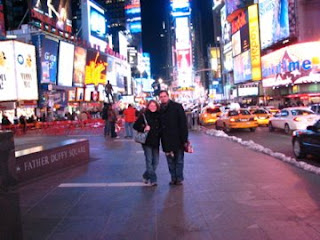 and i learned how impossible it is to get two little kids to sit still for a decent christmas picture. this one is the winner, despite the blur. 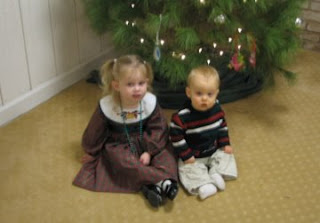 you might be thinking, "hey andie, you guys have apparently been on some trips you've failed to post pictures of or even mention." yes, this is true. i haven't been very dedicated in keeping up with my picture posting, and i have a ridiculous amount of pictures to put up. i haven't even done thanksgiving, yet. but i figure you're all probably suffering from post-holiday let-down, but here at my awesome blog, you can look forward to holiday pictures popping up at completely random times. i mean, who knows? you might get to see christmas in april! there's always holiday cheer here at "babies having babies!"
Posted by andiewade at 1/01/2009 07:34:00 PM

I LOVE this! You'll be scrapbooking in no time =0)

I liked those 2008 pics. I can't wait for random holiday pics. I think we might do the same on our blog.

Yay I'm so excited people are stealing this idea from me! (as you know..I stole it from someone too, hahaha)

Love your 2008 in pictures! Oh and about the Christmas lights still being on- at least your house still looks pretty. I just have Christmas stuff up and a dark, sad Christmas tree. You look festive...I look lazy. LOL

It doesn't get any better than rachel on the potty in a hot pink princess outfit reading a book!!! That is so awesome!! Miss you guys!